The Martinsville Speedway track was originally built as a dirt track and the first race was on September 7, 1947. NASCAR hadn’t even become official yet but now Martinsville Speedways hosts NASCAR Sprint Cup Series races every year. The track is now paved at .526 miles and is designed to make races a challenge due to its “paperclip” shape. It’s known for the great, updated facilities and for how close the fans get to sit to the action.

Known for the experience, Martinsville Speedway is always looking for ways to improve so their customers get the most for their money. In the words of H. Clay Earles, “Your customers are your greatest assets and that will never change. You actually sell the customer a memory as much as a race. If their memories are good, they’ll keep coming back.” 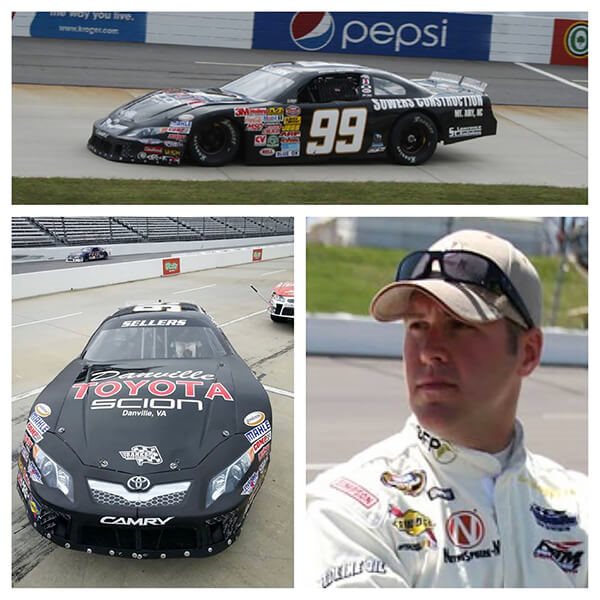 The VIRginia International Raceway has origins dating back to 1957 after previously being a farm and plantation since the 1800′s. It then became a racetrack for motocycles and automotives until the economy caused it’s shut down from 1974 to 1998. It officially reopened as a race track in 2000 and has been highly successful. It has since become a resort and vacation destination for people all over the world. There are three hotels, several restaurants, a spa, and activities for all ages, such as karting, in the surrounding area.

The race track is a 3.27 mile circuit and has two crossovers so that there can be two events going at once if needed. It has the capabilities to be modified further for other tracks as well.

When it comes to getting up close and personal with the track, VIR offers some events to make this a reality. There are opportunities for track touring sessions behind the pace car as well as opportunities to drive or ride the track. There’s also a VIR Club which includes different types of membership and access to the track for drivers and families. A perk of this club includes access to on-track coaching from the VIR Club Chief Instructor and even advanced driving instructors for an additional fee.

South Boston Speedway has been around for over 50 years and is also known as SOBO. It’s a short track at 4/10 of a mile long and holds a capacity of over 8,000 fans. In 1960, SOBO hosted its first NASCAR race on a dirt track. A couple years later it became paved had a concrete retaining wall formed. After 1972, the track dropped out of NASCAR only to return in 1977. The ownership switched hands a few times and now rests in the Mattioli family and Cathy Rice is the GM. Since opening, the lineage of drivers that have raced at South Boston is quite impressive and has helped it to build the reputation it currently has.

Peyton Sellers was born in Danville, VA in 1983 and has been racing in cars since the age of 7. He started racing sprint cars by the age of 13 and won 11 out of 20 races. Next he tried stock car racing and drove in the 2001 Limited Sportsman division at Orange County Speedway in Rougemont, North Carolina. After that he stopped at our very own South Boston Speedway and competed in 2002 as a rookie, later to become Rookie of the Year.

He stayed at South Boston Speedway competing and won 14 out of 16 starts in 2005. Then he took on the NASCAR West Division and NASCAR Busch Series. In 2007, Sellers raced in the NASCAR Busch East Series and won 3rd and then 2nd in the Toyota All-Star Showdown. In 2008, he announced his participation in the Nationwide Series in 2009 with Cardinal Motorsports which he is a part owner of.

Peyton still participates in races to this day and has been back in Danville multiple times. He can be spotted every now and then with his Toyota Tundra fromDanville Toyota driving around the city and they sponsor him as well. He also sponsors a lot of local events and is always giving back to the community.

Danville offers lots of accommodations to stay at while visiting for racing or site seeing:

All hotels are within half an hour of each race track and Danville, VA is a great central location to them all.

If you have any car troubles while you’re visiting feel free to stop by Danville Toyota’s service department for any needs you may have.